UNOPS has announced the creation of a new Investment Committee consisting of senior and highly respected figures in the international financial industry to help the organization manage its more than US$1 billion turnover of funds each year.

​​Since 1 January 2016, UNOPS has been managing its investments and treasury services from its headquarters in Copenhagen. Previously handled by UNDP, this shift to in-house fiduciary management will increase UNOPS flexibility and efficiency in the management of funds.

The Investment Committee will guide the organization in investment strategies to maximize returns that can be reinvested into the organization’s projects around the world. The funds will be managed according to strict guidelines on socially and environmentally responsible investments.

The UNOPS Investment Committee consists of:

Mr Bart Le Blanc, from the Netherlands, has more than 25 years’ experience as an international banking executive. He has worked extensively with the Dutch Government, including as Director-General of Budget at the Ministry of Finance. In the 1990’s he served as the first Secretary-General of the European Bank for Reconstruction and Development and later as a Vice-President​. Between 2003 and 2014 Mr Le Blanc served as a board member of the 330 billion-euro civil-service Dutch pension fund, ABP. In July 2014 he joined the board of APG, the Dutch pension-fund service provider, managing more than 400 billion euros worth of pension assets. On 1 January 2015 he was appointed Chairman of the supervisory board.

Ms Angela Docherty, from the UK, spent 14 years with Unilever in risk management and compliance, designing the company’s best-practice investment policy framework for approximately 18 billion euros in pension assets. Currently, Ms Docherty works as an independent investment advisor for the United Nations Relief and Works Agency (UNRWA) investment committee, providing advice to the trustees of UNRWA on all investment aspects of the $1.4 billion Defined Contribution Pension Scheme for the Palestinian refugee civil service.

Mr Robert Herz, from the US, is both a US- and UK-certified accountant and served as Chairman of the Financial Accounting Standards Board from 2002 to 2010. He has held senior roles at PricewaterhouseCoopers (PwC), including serving as a member of PwC’s Global and America boards, as well as president of the PricewaterhouseCoopers Foundation. Mr. Herz is currently a member of the Board of Directors for Fannie Mae, Morgan Stanley and the Sustainability Accounting Standards Board.

Mr Knut Kjaer, from Norway, became the founding Chief Executive Officer of Norges Bank Investment Management (NBIM) in 1998, which manages the country’s sovereign wealth fund and foreign exchange reserves. Mr Kjaer implemented a successful investment programme and asset management team, growing reserves from $25 billion to approximately $400 billion over this ten year career. In 2008, Mr Kjaer was appointed a Knight Class 1 of the Royal Order of St. Olav by His Majesty King Harald of Norway for his management of the sovereign wealth fund and his contribution to the Norwegian economy.

Mr Sudhir Rajkumar is head of the global pension advisory programme at the World Bank Treasury. He leads advisory activities for public pension funds and other multi-asset-class investors seeking to build global investment operations. In his 26 years of global investments, Mr. Rajkumar has managed various asset portfolios for the World Bank Group. He currently serves as Vice-Chair of the Rotman International Centre for Pension Management at the University of Toronto and serves on the advisory committee on investments for the Food and Agriculture Organization. Previously Mr Rajkumar served on the investment committee for the World Food Programme.

Disclaimer:
All opinions and estimates expressed in this document are subject to change without notice. This document does not purport to be impartial research and has not been prepared in accordance with legal requirements designed to promote the independence of investment research, and is as such not subject to any prohibition. Andreas Capital S.A. does not accept any liability whatsoever for any direct or consequential loss arising from the use of this document. This document is for information purposes only and is not, and should not be construed as, an offer to buy or sell any securities or related derivatives, invest in any funds, or enter into any transaction with Andreas Capital S.A or any of its affiliates. The information contained in this document has been compiled from sources believed to be reliable, and is published for the assistance of the recipient, but is not to be relied upon as authoritative or taken in substitution for the exercise of judgement by the recipient. This report is marketing communication, and not investment research, and is intended for professional and eligible counterparties only. 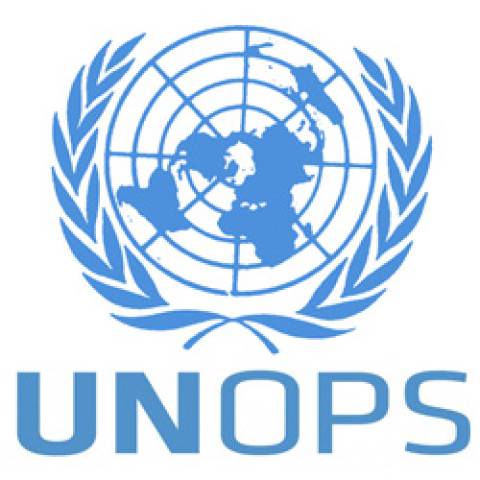